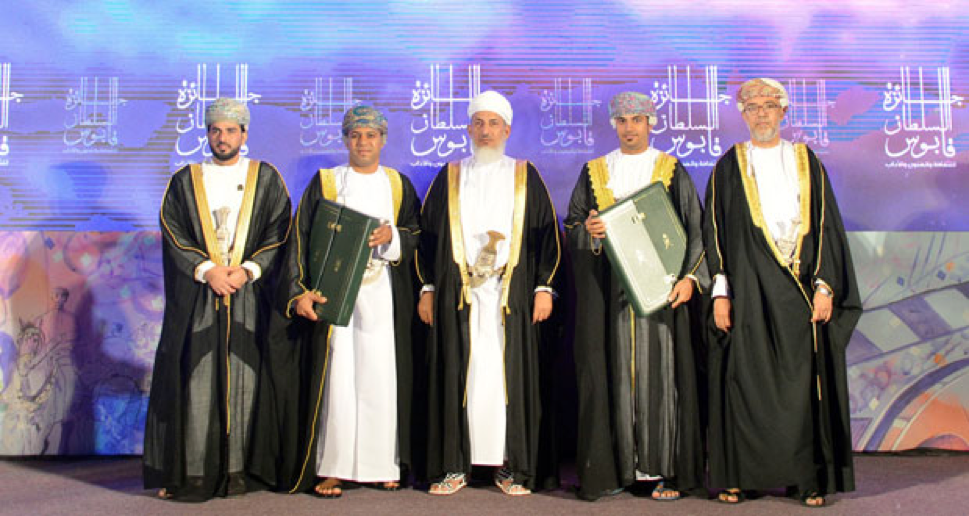 MUSCAT: Assigned by His Majesty Sultan Qaboos, Shaikh Abdullah bin Mohammed al Salmi, Minister of Endowments and Religious Affairs, presented Sultan Qaboos Award for Culture, Arts and Literature to Hamad bin Abdullah al Skaiti for language research and Essa bin Salim al Subhi for his film Black Doesn’t Suit You at the Al Wahat Club in Al Athaiba on Wednesday. The Minister of Endowments and Religious Affairs also announced 8th edition of the 2018 awards, which will be allocated to the Arabs. He said that the fields will be social studies, music and travel literature. The ceremony was attended by ministers, under-secretaries, writers, intellectuals and artists. The award stems from the royal attention of His Majesty Sultan Qaboos to highlight the historical role of the Sultanate in culture and arts. His Majesty Sultan Qaboos issued Royal Decree No 18/2011 to establish the Sultan Qaboos Award for Culture, Arts and Literature.