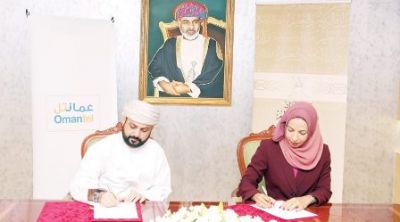 Muscat: The Ministry of Education and Oman Telecommunications Company (Omantel) yesterday signed a cooperation and partnership agreement in a series of programmes under which Omantel will support the education and innovation sector in the various aspects that contribute to enhancing the teaching and educational process in Oman.

The agreement was signed by Dr. Madiha bint Ahmed Al Shaibaniyah, Minister of Education, and Talal bin Said Al Ma’amari, CEO of Omantel. According to the agreement, Omantel, as part of its social responsibility, will support the Omantel School Olympiad for the purpose of discovering and encouraging junior and young talents, drawing attention to importance of information technology.

The Omantel Olympiad will help to create a conscious generation with the ability to think systematically and innovatively.

The procedural programming is an introduction to the Fourth Industrial Revolution techniques, which depend on the programming of artificial intelligence, robotics, Internet objects and data modification, especially large data.

The agreement also included that Omantel to take the initiative, in partnership with the Ministry of Education, and help in adding programming course into the curricula of the first cycle of education (classes 1-4), in order to instil a culture of programming and innovation among school students.

The initiative will contribute to the promotion of the young people with the skills of programming and computer science, which make them ready and able to keep up with the latest developments in the world of programming as the Fourth Industrial Revolution.

In the first experience of its kind in the Sultanate to provide education and practical training at any time and place through the integration of technology in education, an agreement was signed between the Ministry of Education and Omantel to inaugurate “We Think and Innovate” Bus with the Directorate of Education in the Governorate of North A’Sharqiyah to instill the innovation culture among school students.

The bus will provide a set of integrated sciences (STEM) based on science, technology, engineering and mathematics. The bus will contain innovation tools, such as virtual reality, 3D printers, programming and robots and it will be available to school students of the age group (7 to 17 years old).

As part of Omantel’s keenness to spread the digital services and Internet services to all educational institutions of Oman’s Ministry of Education in the Sultanate, out of its Omantel’s digital strategy (Omantel 3.0) the agreement stated that Omantel will install fiber optic cables for three schools located in the Governorate of Al Wusta. Omantel will provide at least 15 kilometers of fiber optic data that allow data transfer and Internet services at tremendous speeds of up to 1 Gbps.

The signing ceremony was attended by Sheikh Mohammed bin Hamdan al- Toobi, Advisor to the Ministry, Mustafa bin Abdul Latif, Undersecretary of the Ministry for Administrative and Financial Affairs, a number of advisors to the Minister, the Directors General at the Ministry and other relevant bodies.