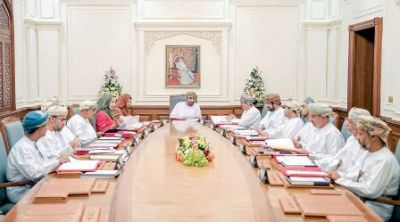 Muscat: The Education Council held its first meeting of the year under the chairmanship of Sayyid Khalid bin Hilal Al Busaidi, Minister of the Diwan of Royal Court.

The meeting started with the chairman commending the steady efforts made by the ministries and other education relevant organisations, as well as the projects that serve the education system in the Sultanate.

He also praised the efforts made by the Secretariat General of the Education Council and its executive committees with relation to studying the issues and proposing visions that serve the education process.

He requested the executive organisations of the education system to prepare visions and recommendations to implement the prioritised projects at the current stage till achieving the plans and programmes approved by the national education strategy 2040.

The Council also discussed the report prepared by the Secretariat General on the education status for the people with disabilities in the Sultanate.

It reviewed the efforts made by the ministries and pubic organisations to provide education service to this category and the development aspects that serve the education programmes presented.

It discussed care and rehabilitation aspects and the suitable means to promote them.

In continuation for the efforts made by the relevant organisations in this regard, the Education Council gave instructions to form a committee for following up the education services of different kinds and stages and to promote them in line with the requirements of the future visions.

The committee will also follow up the preparation of the national plan for the education of people with disabilities during the coming years in cooperation with the relevant organisations.

In continuation of the efforts made to regularise investment in the higher education field and promote the quality of services rendered by its organisations in the Sultanate, the Education Council approved extending the ban on the licences for setting up private colleges and universities in the Sultanate for another three year.

On the other hand, the Education Council reviewed the report prepared by the Ministry of Manpower on the measures taken to set up the Technical College in the Governorate of Musandam, the stages carried out by the Ministry to construct this College and the steps implemented.

The council reviewed several other reports and circulars from the various organisations and took decisions accordingly.