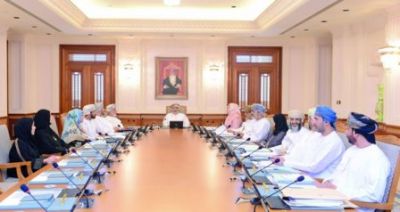 MUSCAT: The State Council Bureau has discussed the report on ‘Language policy in the Sultanate of Oman’s reality, challenges and mechanisms for its development and operationalisation’. The bureau’s 7th meeting held on Wednesday was presided over by State Council Chairman Dr Yahya bin Mahfoudh al Mantheri and attended by its members and the Council Secretary. The Council had agreed to form a special committee to study it, at its 13th regular session.

In this regard, the bureau hosted Rayya Salim Said al Manthari, Head of the Special Committee and Dr Nabhan Saif Salim al Lamki, Rapporteur of the Committee, for discussion of the proposal. The bureau praised the efforts of the committee in studying the proposal that aimed at diagnosing the reality of the use of the Arabic language in the Sultanate. It sought to develop appropriate proposals to highlight, protect and empower them, establish a law or an official document to protect the Arabic language and enable it in the official practices in the Sultanate and to develop the appropriate proposals to highlight the status of the Arabic language and promote its use in various governmental and private institutions.

Following discussions, the bureau decided to forward it to the next regular session, after including the comments of the members.

The council also hosted Dr Zuhoor Abdullah Salim al Khanjari to discuss the proposal submitted by her on the study of national policies for e-learning. The bureau noted several reports, including a report on the participation of the council in the 14th session of the Conference of the Union of Member States of the Organization of Islamic Cooperation in Rabat, Morocco, during March 11-14 and the report of the Secretariat-General for Information and Research Centre affairs on ‘public debt’.