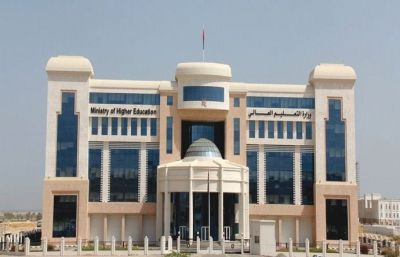 Muscat: The Ministry of Higher Education, represented by the Higher Education Admission Centre (HEAC), on Wednesday announced the results of the first sorting for the academic year 2019-2020. The results cover seats available at higher education institutions as well as internal and external scholarships.

Dr Hamad bin Khalfan al Numani, Director-General of HEAC said the total number of seats that were made available by the electronic admission system in the first sorting amounted to 29,826. This includes 18,402 seats in public higher education institutions at 61,7 per cent while internal and external scholarships accounted for 11,424 seats at 38.3 per cent.

Dr Al Numani added that the system in the first sorting offered (23,382) seats for students who meet the admission requirements of the higher education institutions and scholarships which accounts for 78.4 per cent of total seat number.

He added that the students may accept the offer and complete the registration procedures at the institutions where they are admitted.

The first sorting has resulted in 6,444 vacant seats which represents 21.6 per cent of total number of seats available at the date of announcement of results. This is due to a shortage in the number of eligible applicants and these seats will be re-offered in the second sorting, the official said.