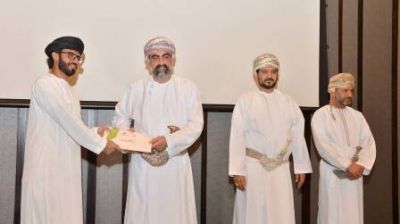 MUSCAT: The judges’ committee of Oman Chamber of Commerce and Industry (OCCI) Innovation Award on Monday announced the winning projects, out of the 15 projects that reached the final, at a ceremony held at the Hormuz Grand Hotel under the auspices of Sayyid Taimour bin Asaad al Said, Assistant Secretary General for Communications at the Research Council.

The projects are as follows: Smart solutions to address medical errors, Rubber dragon project, and Nano-filtration of microorganisms in urinary tract catheters with polymeric filter membrances’ are the three winners in the award’s second season. The first winner received RO 3,000, the second one got RO 2,000 while the third winner received RO 1,000.

As compared to the other governorates, Muscat Governorate saw the highest number of applications with 144 applicants.

Sayyid Dr Fahd bin al Julanda al Said, Assistant Secretary General for Innovation Development at The Research Council (TRC), said, “The innovative ideas that applied within this year’s OCCI Innovation Award included ideas that are ready for the market when they receive the necessary support, others that could be commercialised for the international markets because they address international issues within that area.

Qais bin Mohammed al Yousuf, Chairman of OCCI, said, “The positive results achieved by the award in its previous season increased its popularity. Undoubtedly, this contributes to the development of this award, which is one of the priorities that OCCI is stressing on, in collaboration with its partners from the public and private sectors.”

According to Qais al Yousuf, the OCCI Innovation Award is one of the tools that contribute to the development of the innovation system in the Sultanate.

OCCI Innovation Award aimed to motivate the Omani youth by developing their innovational ideas in the scientific and technical fields, and to transfer those ideas into products and useful services. The award sought to develop innovation, and motivate and sustain the co-operation between components of the community, such as the individuals or institutions of both government and private sectors, and the academic sector in the Sultanate. The Award covered a range of fields including tourism, energy, food, security, environment, health, IT, industry and logistics. — ONA