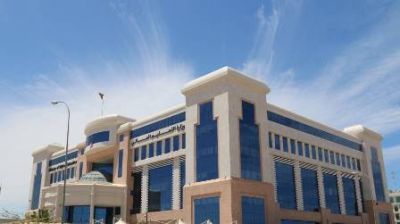 Muscat: Omanis and expats who wish to study for a degree at an overseas university and then return to Oman for a job must make sure that they go to an institution recognised by the Ministry of Higher Education (MoHE).

The Ministry delisted 15 universities across the world, which means that those students who obtain qualifications that are not recognised by the Ministry’s Qualifications Equivalency and Recognition body will not be able to verify them when applying for jobs in the country.

12 universities that claimed to be in America, but were actually bogus, since they had no physical campus and only a website that aimed to lure students, were delisted by the Ministry.

The committee has therefore included them on the list of fake institutions,” said a statement from the Ministry of Higher Education with regard to the fictional US universities.

Similarly, students who study at the Herriot Watt University campus in Dubai will not have their degrees recognised in Oman. The same goes for those who pursue distance courses from either their Dubai or their main campus in the UK.

“Herriot Watt University in Dubai is a branch not accredited by the Ministry of Education in the United Arab Emirates,” explained the MoHE. “Since it has not obtained official recognition from the country in which this branch is located, it cannot be accredited in the Sultanate.

As it is contrary to Clause B of Article Seven that requires foreign university branches of higher education institutions to be at a good academic level and be officially recognised in the country of the branch campus.”

A statement posted online by Herriot Watt University added, “Degree programmes at our Dubai campus and all distance learning courses are NOT recognised by the Ministry of Education in Oman. If you choose one of these study options, you will not be able to have your qualification verified by the Ministry back in Oman and this may then affect your future employment opportunities.”

“We would advise you to consider pursuing your studies at the UK campus (full time, on-campus),” added the University. “If you already hold an offer for one of these programmes, please contact the University to ask about eligibility for our other study options.”

Qualifications issued from Canterbury University in the United Kingdom will also not be recognised, as this too is a fake university that has a website, but no physical campus.

Those students who study at John Cabot University in Italy – which is purportedly an American university but it is neither recognised nor does it have a main campus in the US – will not be able to get them attested in Oman either.